The retry errors feature in web scraping agents allow us to retry failed requests automatically, to increase the chance of successful data scraping. When the retry-errors feature is enabled - Agenty will automatically retry the pages where 4xx-5xx status code is returned by the website you are crawling.

There may be several reasons of a web page returns the error code, like

So, the fail-retry feature in web scraping agents is designed to keep in mind all those errors. And, when it’s in use - Agenty will retry the same request with another IP address, user-agent or geo-proxy the agent is configured for.

Agenty doesn’t take any extra page’s credit when retry-errors is enabled, and you’ll be charged only for successful requests. So, it’s best practice for web scraping to have this feature enabled in your scraping agent.

To find out what request was errored and re-tried by your scraping agent, you may find it in your agent logs. For example, if you see this screenshot - The 502 HTTP error was retried 4 times 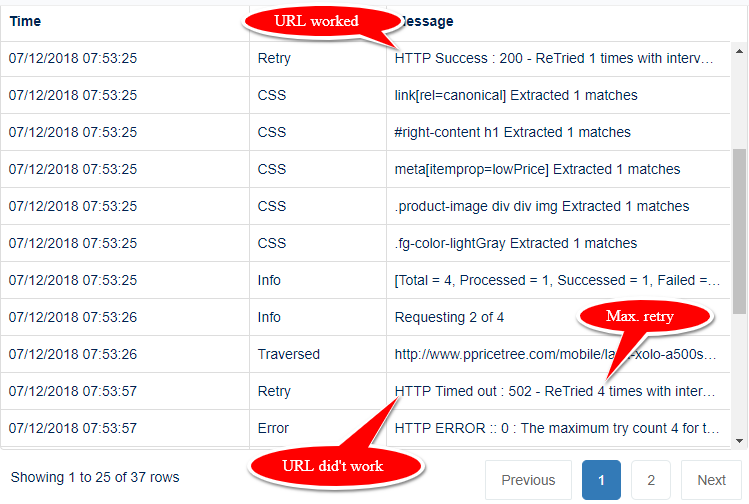 Not just the status code. You can also use the advance rules option to define custom rules to tell Agenty when a request should be retried automatically.

For example, in this screenshot I added rule selector-not-match : .price to retry the web-page scraping, if it doesn’t have the matching selector given in the value. 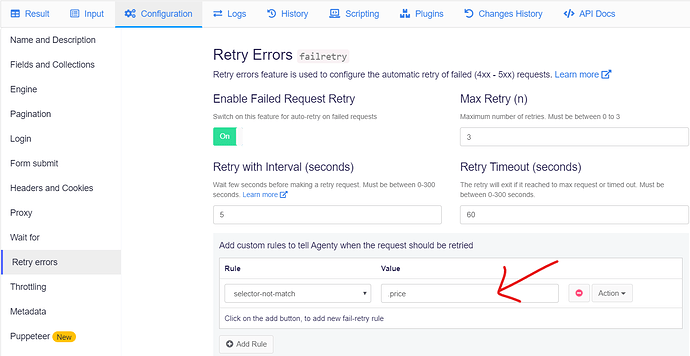